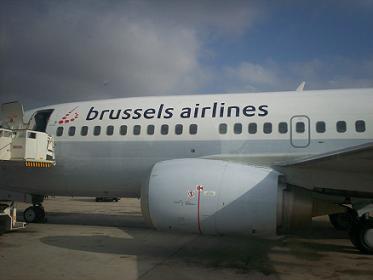 Brussels International Airport has a railway station in the basement of the terminal (-1). During rush hour up to 6 trains an hour drive to Brussels. The bus station is located on level 0.

There are 2 trains from Brussels to Amsterdam: the Intercity train (IC) and the high-speed train Thalys. Cheapest tickets are €29 (limited periods, pre-booked). A regular one-way ticket 2nd class Brussels to Amsterdam with the IC train is €36. The same ticket with the high-speed train Thalys is €79. Passengers have to change trains in Antwerp, Brussels or Rotterdam. Travel time with the Thalys is 2 hours 32 minutes and with the IC 2h.41 minutes. The Thalys passes Amsterdam Airport, one of the main airports in Europe.

The highspeed train Thalys takes passengers in 1 hour and 22 minutes from station Brussels Midi to the station Gare du Nord in Paris. Cheapest tickets are from €22. A regular one-way ticket 2nd class cost €69-99; a regular 1st class ticket is between €75-141.

The Eurostar is a high-speed train operating between Brussels Midi station and St. Pancras Station in London centre.

The offical taxi rank is in front of the arrivals hall. A taxi to the city centre of Brussels is around €45.