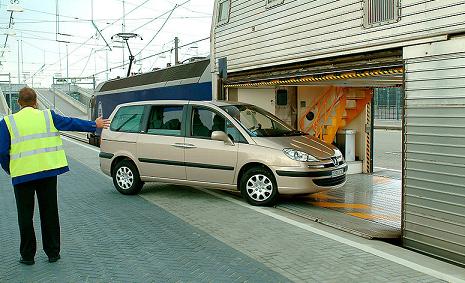 Channel under the sea

The train Brussels London cross the English Channel via the Channel Tunnel. The Channel Tunnel is 50km long rail tunnel linking the United Kingdom with France. Only trains can go through the tunnel. Cars and other vehicles are transported with car shuttle trains. The car shuttle trains to London/UK depart not from Brussels or Paris but from the Eurostar terminal near Calais (junction 42 of the A16 motorway).

Check in for the train Brussels London is at least 30 minutes before booked departure time because there will be a custom/security control. Business Premier Class passengers can check in 10 minutes before departure. Passengers need also a valid passport/ID and sometimes a visa.

There are 3 classes: Standard, Standard Premier and Business Premier. Cheapest train tickets Brussels to London are from €44. A regular one-way ticket 2nd class is between €90 – €183. Semi flex tickets (partly refundable) are around €170-€230. First class tickets are between €190-€321. Most expensive is the Business Premier Fully Flexible: €413.

The Business Premier Class have several advantages:
– Express check-in with mobile ticket
– Spacious and comfortable seating
– Warm lunch/dinner served with drinks at your seat
– Wifi – Access to business lounges at the Eurostar terminals in Brussels and London

Eurostar travel times + time difference
Between Brussels and London is 1 hour time difference. The travel between both cities takes between 1h.50min – 2h.16 min.